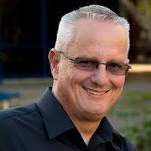 Alan Keown (b. 1957) is an American percussionist, educator and composer.

As a performer he has worked with the Smothers Brothers, Suzanne Sommers, Sharri Lewis, the Britt Festival orchestra and numerous symphony orchestras including the renowned Oregon Bach Festival Orchestra. As a drum set artist he has performed in concerts and nightclubs throughout the Northwest, as well as recording studio dates for albums, jingles, and video projects.

Mr. Keown is a frequent consultant to high school and college band programs, and has been involved with Ted Turner’s Goodwill Games as well as the competitive tour sponsored by Drum Corps International.

Alan is a clinician for Yamaha Drums, Sabian, Vic Firth drumsticks, and Remo as well as the marching percussion specialist for various Oregon high schools. He is also the founder of the Alan Keown Marching Percussion Camp, currently held in Oregon.