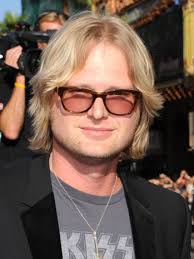 Both Anders's parents were professional musicians, traveling and playing all over the world, often bringing their children with them wherever they went. This exposed Adam to a variety of musical and cultural differences at a very early age. Anders formed his first band at the age of 10, together with his brother and sister who toured Europe with him playing bass. The family later moved to the U.S., moving around the West Coast. Due to all the traveling, Adam was home schooled after the 5th grade. Since music being the core of his whole life, Anders became such a prominent bass player that the University of South Florida accepted him to the jazz program at the early age of 13.

After graduating at the age of 16, Anders decided to live with his brother in Nashville, Tennessee, where he got a position as a bass player for the Christian singer-songwriter Steven Curtis Chapman, allowing him to focus on music as a career. After being on several major tours, making money to buy more studio equipment, Anders felt that songwriting and producing gave greater satisfaction and decided to transition to studio work.

Adam Anders began his professional career primarily writing and producing songs for both established artists and up-and-comers. Anders co-wrote the Backstreet Boys hit More Than That and Steven Curtis Chapman's Nobody Ever. Anders then worked closely with Disney producing music for major motion pictures and television shows including Camp Rock and Camp Rock 2, Hannah Montana and Sonny with a Chance. During this time, he collaborated with pop singers Jesse McCartney, Clay Aiken, Nick Lachey, Ashley Tisdale, and the Jonas Brothers. In 2007 and 2008, Anders’s music could be heard in Disney’s High School Musical 3 and Universal’s Evan Almighty. In 2009, Anders began producing music for Fox's hit television show Glee.

Anders has sold more than 100 million albums and in recent years has become one of the most in-demand executive producers for music driven film and television. He is the CEO of Anders Media and its record label, Deep Well Records, a sub-label of Capitol Music Group. In 2013, Adam was named No. 15 in Hollywood Reporter's Top 35 Hitmakers. Anders' work has earned him four Grammy Award nominations, and two People's Choice Awards.