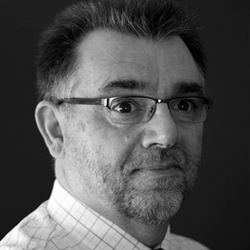 Light can be bright, shaded or dim. It can be blocked by objects seen or unseen. Light can cast shadows or eliminate them. Light can illuminate, make things visible ... Light sounds like it’s a good thing. However, sometimes we refer to light and we mean enlightenment. Sometimes light is a goal, an end-point, something to reach, to achieve. At times, in a person’s life we strive toward a goal, a light, sometimes seen, sometimes hidden but we pursue it because it’s the thing we seek. Ad Lucem takes us on a brief, energetic journey towards the light.