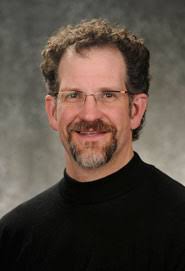 It is nearly impossible to consider composing a concerto for horn without paying homage to the two concerti for the instrument by Richard Strauss since they tower over the horn repertoire in a way that is virtually unmatched in all of the concerto repertoire. I was very pleased when Heidi Lucas asked me to compose a new work for her and I sought to honor her expertise and virtuosity with a fitting work.

The quality most often associated with the horn, and specifically the Strauss’ music, is “heroic.” Strauss’ view of “The Hero” was one of the valiant individual who stood as a bastion against opposing forces, with distinct views of right vs. wrong, good vs. evil. I sought to update the concept of “The Hero” to one that is more contemporary: the concept of an individual who encompasses outsized heroic qualities but also has a fatal flaw. The most relevant cultural reference is the X-Man, Wolverine and I had contemplated the idea of subtitling the concerto eponymously. However, I realized that there was little chance that MARVEL comics would grant permission for using that character’s name in the work without heavy royalties.

To find a widely recognized cultural reference, I went back to Greek mythology to one of the greatest (and most deeply flawed) heroes, Achilles. As the central character to the events related in Homer’s Iliad, Achilles alternated between hubris, sulking, and uncontrolled fury. These are represented in each of the three movements of the concerto respectively.

Myrmidons Unbridled depicts the opening siege on Troy where the Greeks, led by Achilles, storm the beaches of Asia minor and Achilles desecrates the temple of Apollo. The form of this movement is A-B- A’ ending with a short cadenza for the soloist that segues into the second movement.

The Lament for Patroclus references an intimate friend of Achilles who was slain by Hector, the Trojan hero. This movement is a set of free variations set upon a repeated eleven-beat ground bass. The central section consists of material that displays the expressive, lyrical quality of the horn throughout its wide range.

The last movement, The Death of Hector, animates the prediction of the Oracle at Delphi, who foretold that the death of Hector would bring about the fall of Troy, and that once Troy fell, Achilles himself would die. Despite knowing this foretelling, Achilles’ fury at the loss of his friend blinds him to the fact that his own action will mechanize his own demise. This movement is a virtuosic rondo for the soloist and the ensemble that builds to a dramatic climax.