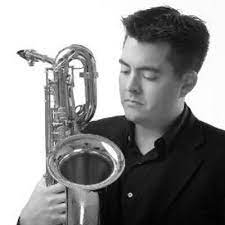 Aaron Joseph Lington (b. 1974) is an American composer and baritone saxophonist.

His performing and compositional credits include collaborations with the San Francisco Symphony, Maynard Ferguson, the BBC Radio Orchestra, the Count Basie Orchestra, Doc Severinsen, Bo Diddley, Tommy Igoe, Pacific Mambo Orchestra, and many others. In addition, he has won awards (including at least one Grammy Award) for both his playing and writing from Downbeat Magazine and ASCAP, and was the 2003 recipient of the Sammy Nestico Award. He was named the 2011 Jazz Educator of the Year by the California Music Educators Association and in 2015 he was named as a Silicon Valley Artist Laureate.