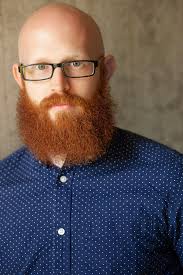 Dr. Houston studied with Scott McAllister at Baylor University where he received his BM in church music and MM in composition. He earned his DM in composition and theory from Florida State University where he studied with Stephen Montague, Ellen Taaffe Zwilich, Clifton Callender, and the late Ladislav Kubik as the recipient of the 2017-2018 Ellen Taaffe Zwilich Fellowship for Orchestral Composition. He served as the 2019-2020 presiden of the Society of Composers, Inc. at Florida State.

Dr. Houston composes music that lives where the energetic soul of rock, folk music, and more collides with his classical training in unexpected ways to create what Ellen Taaffe Zwilich has labeled as a "strong voice in composition" and reviews have said "[feels] alive and tangible to the audience" (Tallahassee Democrat).

His recent work, Midway to Midtown (2019), merges the influences of Texas blues legend Stevie Ray Vaughan with "brilliant orchestration" (George Tsontakis) and was premiered by David Alan Miller and members of the Albany Symphony Orchestra. Other projects Jam and Toast (2018) for solo horn based on the sounds of Motown funk commissioned by Parker Nelson; and Delirium Nocturnum (2019) written for Fifth House Ensemble as a response to the destruction from Hurricane Michael on the Florida Panhandle.

Aaron's music has been commissioned and performed by ensembles including: Albany Symphony Orchestra (NY), Fifth House Ensemble in Chicago, the University Symphony Orchestra at Florida State University, Baltimore Choral ARts Society in Maryland, and more, with performances in Germany, Brazil, and across the United States. His compositions have been honored as an award nominee by the American Academy of Arts and Letters, a finalist for the ASCAP Morton Gould Young Composer Awards, and winner of the 2015 Baylor University Orchestra Composition Contest.