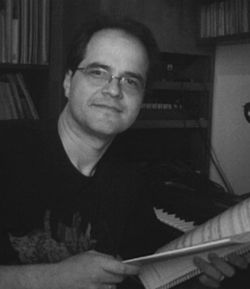 Saci is a character in Brazilian folklore. He is a one-legged black or mulatto youngster, who smokes a pipe and wears a magical red cap that enables him to disappear and reappear wherever he wishes (usually in the middle of a dust devil). Considered an annoying prankster in most parts of Brazil, and a potentially dangerous and malicious creature in others, he nevertheless grants wishes to anyone who manages to trap him or steal his magic cap. However, his cap is often depicted as having a bad smell. Most people who claimed to have stolen this cap say they can never wash the smell away. The legend says that a person can trap a Saci inside a bottle when he is in the form of a dust devil.

Saci-pererê is also the name of a Brazilian cocktail which is a home remedy said to be useful in treating the common cold.